In the first five parts of my story, I have deliberately avoided who I was writing about. Those close to me will likely have guessed and/or assumed …but now you know. I am the son of my father, John Richard Philpin, who passed away on December 18th, 2018 at the ripe old age of 94. This is the eulogy I gave as friends and family said their final goodbyes.

You can read the story to date through these links; Part One : ‘The Dream’ Part Two : ‘The Calls’ Part Three : ‘The Journey’ Part Four : ‘The Organization’ Part Five : ‘The Music’

“Howard - all you have to do is walk from here to there - just through the curtains. And when you get there … start talking. You’ll be fine.”

That was my dad in Singapore nearly 60 years ago. He was advising his friend Howard how to stand up and talk to an audience. The guidance reminded me a little of the 2 step guide to drawing an owl …. But that was dad. Never short of advice and never let lack of personal experience get in the way of giving it.

Sadly, Howard has also moved on, but I am so happy to see his wife Helga and daughter Karen here today. I think Helga is Dad’s longest standing friend. And I use that term very specifically, because Dad’s oldest friend at 100 years is Betty who couldn’t make the journey from Guildford today - but did visit dad just two months ago. I am so happy to see her son Andrew here today.

But back to that advice. I decided to take it. Walk forward. Start talking, though I guess to be more accurate … reading aloud. Here I am.

First may I just say thank-you. Thank-you to each and everyone of you for coming today to join our small family in remembering Dad.

Dad was born in Rochdale and had a childhood that straddled both Rochdale and Portsmouth, or Pompey as the locals call it. But it was Rochdale where the stories of his childhood came from - and Gracie Fields. We could never drive over the Pennines to see my mothers parents in Manchester, without a diversion through Rochdale so he could show us all where ‘our Gracie’ used to live.

His army service started at 14 with The Light Armoured Division of The Royal Electrical and Mechanical Engineers, serving throughout the Second World War and of course engineering being a perfect fit for his skills and talents. Talents such as learning to drive a Chieftain tank. And I don’t mean that was one of the vehicles he learned to drive. It was the vehicle he learned to drive in. In fact, he never took the driving test, being grand-fathered in from the army, he was automatically licensed to drive. From a Chieftain tank to the roads of York. Residents of York never knew how worried they should have been!

But those early years I only know through his stories. Donkeys in the Cairngorms, serving in Aden (or Yemen as we call it over 70 years later). Palestine. His early years saw him where insurrections and trouble were occurring all over the world. Not much has changed.

I came on the scene 30 years after he did and it is those years that I really want to talk about today. My dad and how I knew him for over two-thirds of his life.

Many of you will know that Mum and Dad settled in York after my Dad served 25 years in the British Army. Fulford, York was the final posting. We moved to Upper Poppleton for the next year, while my dad caught up with my mum by training to become a teacher. And then finally we moved to Escrick where they bought their first house together and never moved again. (Connaught Court aside).

When my mum graduated from Ripon College she really wanted to travel and see the world. She signed up to be a civilian teacher for the armed forces. Her first posting was Germany. That’s where she met dad, got engaged, got married and had me … in that order as far as I am aware.

From Germany to East Africa, Wales (when Carole appeared) and finally Singapore … we saw the world together. The 50s / early 60s were busy years for mum and dad.

He and mum gave me and my sister Carole everything we needed to make our lives. Curiously both Carole and I moved to the USA to pursue our careers, though Carole was four years younger, she was always ahead of me … and moving out to the US was no exception.

And now, through adult eyes, I also understand how much they gave up for us. One example that I don’t have time to tell in full resulted in the family not emigrating to Canada. In all honesty, looking back it would have been a great opportunity for the entire family, but I didn’t understand that at the time. I didn’t want to move and so we didn’t. They both gave up their dreams for ours.

The fact is that they were both always so very supportive of Carole and me. Carole graduated and pretty much immediately emigrated to the USA where she did a Masters and had a great career in a little company called Nabisco.

Tears as she went of course. But both mum and dad were saying go. ‘Go. Go. What an opportunity …. don’t think twice.’ And she did.

A few years later, my opportunity to ‘go west’ raised its head … same reaction. ‘Go. Go. Go. What an opportunity … don’t think twice.’ And I did.

I do sometimes question how readily they supported us both leaving the country, but I am sure I am just imagining some nefarious plot.

Dad was the logical, mathematician, engineer and scientist of the family. Mum was much more of the spiritual, arts, open thinking side .. the blank canvas of creativity if you will. A good combination though. It worked. It’s my dad that gave me the ability to study the maths, physics and computer technologies that put me on my career path. It was my mum that opened my mind to the possibility of art, literature, music, theatre .. and and and

Dad brought and started to learn how the Acorn / BBC, Sinclair and Commodore computers worked in the 70s - long before most of the world even understood what the computer revolution was all about. I can still picture him now kneeling on the floor with wires all over the place, by the big Orange chair - those of you that remember our house in those days will remember ‘the big orange chair’.

Always Learning. That was my dad. Something new. Something to learn. And it was those early explorations that put him in a position to become the head computer lecturer at York Tech.

But learning didn’t stop there. At the turn of this century, ‘the web’ was beginning to take off and I was registering domains. I looked it up, I registered Philpin DOT Net for Dad in 2003 and then he started building web sites - one for himself and one for York Minster. Not bad launching into web site building when you are 79.

And even after mum passed, the love of his life, the woman that … in his words … gave him so much and made him who he is … he was still so so very supportive. Of course, Carole had passed before mum, so when mum moved on, dad was on his own. I was still in America … but not a suggestion of me coming home. In fact quite the opposite. “You need to do what is right for you.. don’t you worry about me …”

I did of course, particularly since with mum gone, the ‘inner dad’ started to emerge. The oversized leather suite in the living room, big flat screen tv, computers, cameras, projectors, printers … there was never a good gadget that he didn’t need.

Dad was also a long-standing and well-regarded member of both York41 and the Masons. Fellow Masons, here supporting a brother and his family. York41 Club members also here saying goodbye to one of their own. And my I thank both organizations for making sure that the news of dad was efficiently delivered to those that knew him.

Amateur Dramatics played a major part of social life in Singapore and then in the Rowntree players in York. Stage plays, cabarets, monologues … who could forget dad’s part in such classics as ‘Peter Porter’ and ‘The Stripper’. My mother was the one that remembered the words - that was not my dad’s forte - he relied on expression and movement when he was on stage.

My longest standing friend in the world who lives in Canada today remembers him - and I quote - “as one of the funniest people I’d ever met.” I told David he needed to get out more - but I know what he meant.

And then beyond the theatre …

He was a docent at York Minster for many years. Really until it became too difficult for him to walk around (which was well beyond when most others would have given up).

Working with Reverend Kirkman here in Escrick on the parish magazine, fundraising and accounts.

He was, of course, a keen gardener - grass particularly - always proud of his lines after the grass was cut.

Ballroom dancing resulted in gold, silver and bronze medals … though many more of the gold than the bronze as dad was always quick to remind!

My dad’s early education didn’t include cultivating a taste in Opera and Classical music - but my mum introduced him to it. He lapped it up.

Likewise the written word. He was a voracious reader, which at one point transitioned to writing … combining both sides of his brain He wrote mathematically oriented articles for the Masonic magazine - The Square … and had them published.

Building a craft business with mum that allowed them to travel to all parts of America with Carole. Brilliant and successful.

Film, theater and of course … a big fan of music, as you can see from the order of service.

He loved to cook - though only ‘interesting things’ … like Dinner parties and Sundays, which were his specialties. Every meal requiring a full ‘post-consumption analysis’ of what we all thought.

Travel? They traveled a lot and dad continued that to a certain extent by himself without mum. Even just going out on drives .. with mum .. and without mum … forever exploring.

And to cap it all off. Not just a Father to Carole and me, but a Grandfather to Joanna and a Great Grandfather to Isla-Mae. And that right there is not a common accomplishment.

And that is my dad. As I look back at his life, there is no doubt I am my father’s son. I too find myself singing in supermarkets and joking with the people at the tills, just as he did. And I almost certainly embarrass Joanna - just as he used to embarrass me. That my trained logical brain that I made a career out of, gives way to a more free firm, creative life. It is who we are.

I only hope that when it is my turn, I face the end with as much calm and dignity as Dad. With as much patience. To the end, enjoying life, knowing what he was missing, but accepting it.

Explore More
Previous In Praise of Idleness ”A great deal of harm is being done in the modern world by belief in the virtuousness of work, and that the road to happiness and prosperity lies in
Next 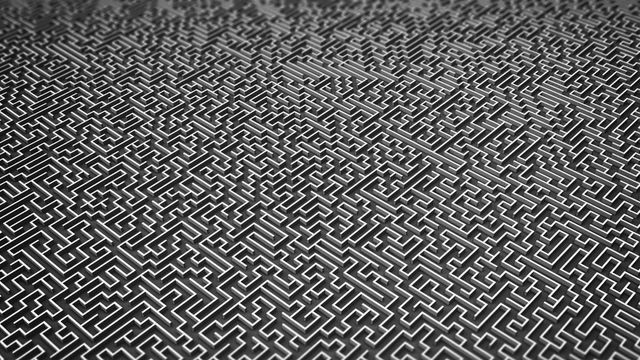