The Thing Is … Things Are A Thing

The route to arrive at the name of this publication was long and tortured - and in some ways driven by URL availability … you can tell that when you realize that we are @ .co not @.com - they are another thing entirely … well not exactly entirely …

The Other And Another Thing

It is in all honesty rather a nice site, with wit and observations about things that drive that particular gentleman crazy. Trust me - they typically drive this chap crazy aswell.

And of course the wonderful Alec Baldwin podcast ‘Here’s The Thing’, Well worth a listen.

But to the point …

Turns out that the OED has refined its definition of the word ‘Thing’. I know - right? As Quartz has it

A thing wasn’t always “a thing,” until the Oxford English Dictionary made it one.

“defined as ‘a genuine or established phenomenon or practice’, and is often used in questions conveying surprise or incredulity, such as ‘is that even a thing?’

All good stuff - but as I wrote this - my mind wandered (I put it down to age) … but then my Mother would remind me of the school reports where it reads (I paraphrase) “Little Johnny needs to spend more time focussed on his work and less time day-dreaming”. So it is obviously coursing through the veins.

And who could forget …

But then if you are an Apple fan - you might well be a user of Things. By the way - if you are - could you post some spondulicks to this chap - you obviously have money to burn. I mean it is a beautiful task manager … it really is … but 50 bucks for the mac version plus 20 bucks for the iPad version plus 10 bucks for the iPhone version … well I have to say that must mean you are juggling a lot of things … so to speak. 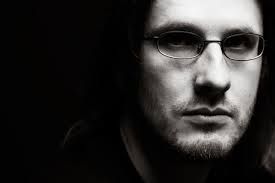 Steven Wilson Takes A Detour …
Next I Don’t Speak French But understood every part of this movie Shot entirely on iPhone, Directed by Michel Gondry - he who directed ‘Eternal Sunshine of the Spotless Mind’