Microsoft – LinkedIn To The Future?

I wrote a quick post about Microsoft and LinkedIN yesterday, and then updated it with a couple of humorous comments. Since then the world has (inevitably) burst forth with a lot of opinions as to what it all means. And of course the stock market reacted accordingly. I too have had time to think and assemble some thoughts.

The immediate comment that has emerged is the age old - ‘Microsoft have a bad history of acquisitions’ - good luck with that.

I touched on it myself (remembering the ghosts of Skype, Yammer and Groove along the way), but went on to remind that the bad history of acquisitions isn’t about the company per se, but about the people that made the decision - and then execute. I wrote;

Microsoft’s track record for acquiring companies and doing great things is not good. But, there is now a new CEO who is clearly far more equipped and definitely more talented than his predecessor – so I have my fingers crossed.

Satya Nadella is a very different, much more talented, strategic and technical person than Balmer ever was. We should not forget how many changes he is bringing to the company and it is working. So out of the box, he is already way ahead of the nay sayers.

In its own small way perhaps the most surprising — and in many respects, encouraging — aspect of Microsoft’s purchase of LinkedIn was just how unexpected it was: a company with a notorious history of cutthroat boardroom politics not only pulled off the largest acquisition in its history without anyone knowing, it actually sat on the news regarding a signed letter of intent for a month!

But he goes further …

Should LinkedIn’s Sales Navigator, for example, sell in to 100% of the Microsoft Dynamics CRM user base, a good portion of this deal would be paid for.

And Ben then sets the stage for what he thinks this is really all about. Microsoft for the longest time ever has had a CRM product that pales - in terms of sales - against the Benioff behemoth - Salesforce. Ben is looking at the value of the data …

The fact remains that Microsoft is buying the social network for a price that would have been unthinkable six months ago, and the upside that justified the former stock price remains: LinkedIn knows more about its users than anyone outside of Facebook — and when it comes to our professional lives, they know more. This is the most valuable data in the world.

That actually is a lot of where Sangeet Choudray is coming from around his comments on Myk Pono’s piece on Platformed.

Salesforce has tools, and Linkedin has data. It is far easier for one to build tools than for the other to acquire data.

But, you can  substitute Microsoft for Salesforce in that analysis - and that is exactly the point. At a stroke, Microsoft has bought a network / marketplace community with unprecedented data to sandwich its own infrastructure. And let’s not forget, Salesforce bought data.com or Jigsaw as it was actually known in 2010. That’s six years ago, the data back then was not the best - it has definitely not improved since. Data is hard.

Meanwhile, the data that Microsoft has just bought, is about as good as it gets - because we all provide it and keep it up to date. More of that later.

Finally Estaban Kolsky emerged this morning and dusted off his blog to weigh in with some thoughts. I think he is generally down the wrong rabbit hole with his analysis … for example ..

True - but that is not the lens that Microsoft are using (see Ben’s comment above). But on this …

Forget whether Microsoft wants to get into HR, or they want to offer more value than anyone else to small businesses via Office365, or even if they figured that $100+ billion they would have to pay for Salesforce is too much and are passing on it altogether… those are conspiracy theories at best.

I am right with him.

LinkedIN seemed to struggle - a lot - with their product offerings. They truly were horrible. And whether you are talking about Sales Solutions or  Talent Solutions,  their offerings were at best half baked. My thinking is fully aligned with Sangeet and Ben.. The only thing left to wonder about now is that data, because without it - the acquisition is flawed. Moreover - Estaban’s comments go further - and echo mine nicely

Who will own this data following the acquisition? I know Satya Nadella has said it was going to be independent – but how long will Microsoft be able to maintain that? How will you prevent, for example, the Dynamics CRM team from attempting to get all that data and use it as a value proposition for their Marketing tools? Or Sales tools? More important, how will use of this data be governed? Today that is governed by LinkedIn making sure that it is not all exposed and all available to anyone just because – will Microsoft continue to enforce this? How about if it becomes a matter of winning the largest deal ever?  Or offering a new product that will place them as a market leader?

I don’t think LinkedIN did/does a very good job of protecting my data. I keep an account there though because it is useful to me. (Unlike Facebook which I exited a couple of years ago). But - and you might not have immediately spotted it … it is my data. Not LinkedIN’s. Not Microsoft’s. Mine. And if I and hosts of other people don’t like what Microsoft are doing with my data, we will leave. Will it be in a big enough to crash the deal. Of course not. In fact, even though I left Facebook 2 years ago they still hold all my data from the activity leading up to that point - just in case I want to reactivate .. proving again that just like Hotel California " You can check-out any time you like, but you can never leave! "

Same with LinkedIN, BUT - if people do leave, that data will get old - very quickly. And they will fall back into the challenge that all CRMs have. Good Data.

And finally - this just in. I read some commentary this morning on the acquisition - as a recipient of a weekly newsletter. Some selected quotes …

I am not so sure that it will provide enough leverage for LinkedIn to dig out of its current trend of declining revenues and flattening user engagement.

… concurrence - that is not Microsoft’s plan … see above.

Professionals are not prone to manage their activities on LinkedIn when other platforms get their attention such as Facebook.

I am not sure I agree. There is a current ‘Facebookization’ of LinkedIN going on, to the chagrin of LinkedIN members. Meanwhile changes LinkedIN made to groups at the end of 2015 seems to have left most groups as a ghost town. That said - it doesn’t seem to stop people trying. Here are my 5 most active groups from a couple of days ago …. that’s around 1350 new active conversations in just five groups in one day. Maybe the ghost town is happening because we just can’t keep up any longer? But it isn’t stopping people from trying.

Alas, Microsoft pitched the leverage they will bring with the example of enabling LinkedIn’s users to engage through Office calendar invitations.  Really?

… definitely a misjudged comment from whoever wrote that press release. Over simplified. But also lets not forget, press releases don’t drive strategy.

The name of the game today are specialized verticals

… absolutely - and in the recruiting world, I see that playing out - but that is not where Microsoft is taking linkedIN. Remember also that linkedIN’s problem was always that their data was provided by us - which they were then essentially selling to corporations to recruit us - or sell to us. That is not a sustainable model. Something needed to change.

Microsoft has a terrible track record acquiring company’s such as Nokia that have fizzled, and I fear that the juggernaut may have hit another iceberg.

Going back to what I said earlier  - don’t judge a company on their history, but look at the people. Nokia was a Balmer decision that Nadella disagreed with at the time. His actions since assuming the helm of Microsoft have been very specific at closing the mobile phone business down.

Finally, want to know I am right? Forbes (bastion of wrong thinking) published an article by Peter Cohan called ‘4 Reasons Microsoft Wasted $26.2 Billion To Buy LinkedIn’. Here they are…

Peter Cohan also wrote an article on Apple that demonstrates that he lives in a world that just doesn’t understand how they work, what they have done - and where they are going. More of that in another article methinks. BUT - if you don’t understand Apple, you definitely don’t have insights into what Microsoft is planning with LinkedIN.

BTW - that bit about owning my own data. That is important. In many ways, so many people have given up and are assuming that they aren’t in control. They aren’t. But it doesn’t mean that they can’t wrest control back. That will be a topic for another piece.

This article was originally published on BizCatalyst360 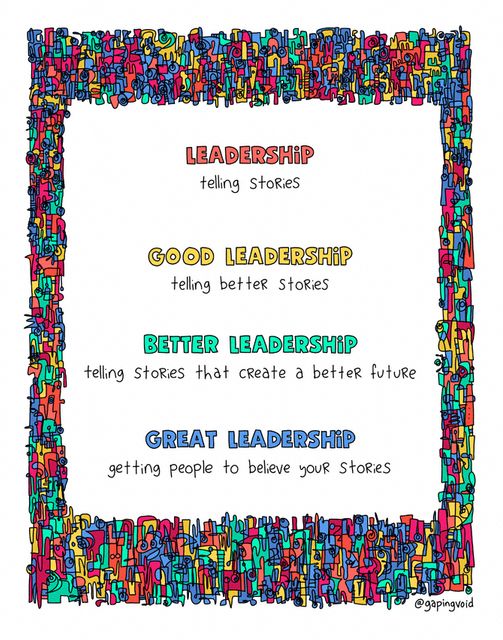 Leads to Leading to Leadership
Next 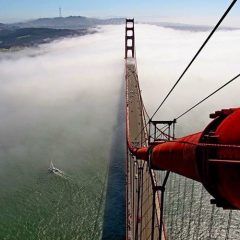 Do Not Abdicate ANY Of Your Content To A Third Party