My article on Brexit was published on BizCatalyst. In it I provide my take on the Brexit Vote. Going forward, as I see other quotes that catch my eye, I will call them out here.

Meanwhile a section of London-based commentariat anthropologised the British working class as though they were a lesser evolved breed from distant parts, all too often portraying them as bigots who did not know what was good for them. Having assumed themselves cosmopolitan, the more self-aware pundits began to realise just how parochial they were: having experienced much of the world, they discovered they didn’t know their own country as well as they might.

A big part of the debate has been about economics – jobs and trade and prosperity – but my hunch is that voters will decide less on economics than on culture and ­questions of identity and belonging.

Michael Sandel in the New Statesman (even before the vote)

Anthony Barnett points out the unpalatable truth that this is England’s referendum, born of a need to placate English nativism, swung by English counties. His conclusion is that English nationalism will have to be constitutionalised sooner or later (eg with an English parliament) and that this will be an opportunity for radical voices to be heard and a positive, diverse Englishness to emerge.

It takes 10 minutes - but well worth a listen/watch.

Of course Jeremy just sacked his son, which resulted in 11 resignations from his cabinet within 24 hours. For what was surely a decisive number of Brexit voters, the vote was not a considered view that leaving the EU would be better than remaining, but rather was a vehicle for sending a message to British elites.

The majority vote by Britons to leave the European Union was an act of raw democracy. Millions of ordinary people refused to be bullied, intimidated and dismissed with open contempt by their presumed betters in the major parties, the leaders of the business and banking oligarchy and the media.

Seven voters in ten expected a victory for remain, including a majority (54%) of those who voted to leave. Leave voters who voted UKIP at the 2015 election were the only group who (by just 52% to 48%) expected a leave victory.

… when voters feel disenfranchised, ill-informed or not, disrespecting them leads to convulsions — such as those that we’re experiencing in our country.

The British vote feels momentous, but we will most likely look back at it as merely the first in a series of fights for the soul of Europe. The outpouring of anger and anti-establishment aggression in Europe has only begun.

The dissatisfaction you see in Britain is also present in other countries, including my own," he told reporters as he left The Hague for a summit of European leaders in Brussels. "This has to be a stimulus for more reform, more welfare. 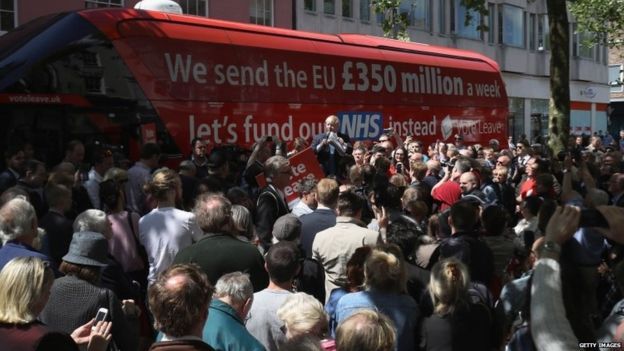 Eight Reasons Brexit Won - My Take
Next John Dvorak - Updated I am sure Mr. Dvorak is a very able and competent journalist - after-all he has made his living out of it for years. That said, this article is not