‘Fraud’ is just one of the five topics that caught my eyes and ears this past week that I wanted to share with you. Enjoy. Via Openculture - what a letter. To the point and specific, Hunter rips Anthony a new one as he lays out what he needs and when he needs it. It should be part of all management courses. It is stunning to think that the lives of Orville Wright and Neil Armstrong overlapped by 17 years.

Orville’s brother Wilbur spent 3 seconds in the air in the first ever powered flight on December 14th 1903. Over the next few days each flight got higher and longer.

I wonder what the next flying landmark will have been achieved by 2035? Walking on Mars? There really is no other word for it. Darling of The British media back in the 80s - Philip Green is finally revealing his true self. This is the latest in an ongoing and appalling story of how Sir Phillip has raped a company, impoverished its workers and enriched himself.

This one reveals that he ‘refused to put more than £10m a year’ into a BHS pensions scheme despite having made of with a substantial part of some $580 million through dividends, rental payments and loan interest. All this while the workers pension fund was decimated by some $400 million leaving the government to pick up the pieces.

And it’s not the first time. In 2004 his wife ‘relocated’ to Monaco. As the legal owner of the Arcadia Group ( which includes Topshop, Miss Selfridge and Dorothy Perkin)  the family then paid themselves £1.2bn in dividends from Arcadia in 2005 … the biggest pay cheque in British corporate history - and equivalent to four times the group’s then profits. I discovered this week that Pierre Omiydar has a fund that ‘invests in seed-stage startups’. It’s called UP2398. It struck me as a strange name - so I did some digging.

The first connection I found, I decided to write off pretty much immediately …. Who knew that there are sites like this out there - not just devoted to trains, but actually with such extraordinary detail. Of course, in two nano seconds, it totally made sense. As a kid I knew several trainspotters, but interesting to see how far the anorak brigade have come. The sites are rich and detailed, perfect for your inner geek. But somehow, I didn’t feel that this was Pierre’s connection. So I kept on looking. Guess what?

I think it emerges from numerology … from the little I know of the man, it seems to connect. But then I know nothing.

Angel Number 2398 encourages you to let your true self shine through in all that you do. You have wonderful attributes that you are encouraged to bring to the fore to uplift and bring more joy to your life and to the lives of others. Do not be afraid to be yourself as only you can be. Be bold and brave. Speak your mind and tell your truths.

If you want to read more - there is a lot. I wonder if I am right?

By the way, I always liked the William Gibson quote that he uses on his site.

The future is already here - its just not very evenly distributed. I often write about the demise of publishing, such as this three part series, but this time I am talking about mine, because this week, I finally got the various pieces of my writing network all connected. First though, a quick bit of self congratulation. I published my third article - ‘Is Work Irrelevant’ - on BizCatalyst which was trending on their home page at one point - and was also featured ‘above the fold’ in their weekly ‘Best of Biz Catalyst’ newsletter. I have also got my river - courtesy of Dave Winer - running nicely - and it is now featured inside this very blog. You can see 10 random posts here, or just the latest 10 here.

My index to all writings I THINK is now complete - which you can find here.

If you are a Rebel Mouse, Paper.li or Scoop It fan - I am running those publications - so click on the link and go follow the links and start to follow.

One day I will write an article as to what the point of all of this is. Quick answer - unfortunately - I think it is the future - and I am trying to understand it all by being my own guinea pig. 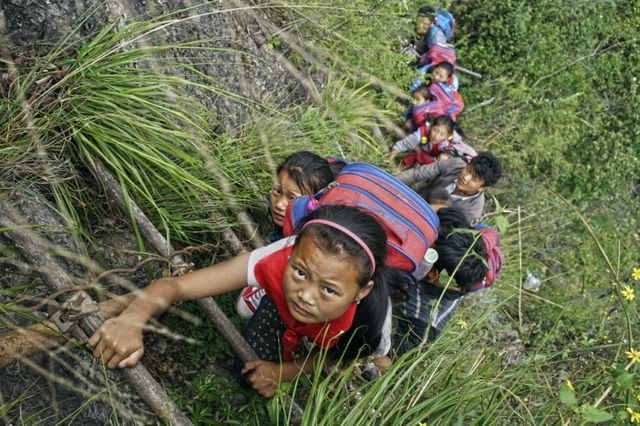