Top 5 Pranks Apple Have Played On Us

It’s April Fools Day AND Apple’s Birthday. In fact they are ‘40 today’, so in celebration they have raised the Jolly Roger at Infinite Loop.[ Thanks to 9-5 Mac ].

For my part it seemed pertinent  to highlight to share some of the highlights of how Apple (the company that nobody understands) have consistently made fools of us all. In no particular order …

ONE : The Company That Nobody Understands

Seriously - they don’t - if the ‘they’ are measured in terms of the financial watchers. But if you pay close attention to the company itself - it becomes clear. For example … Jonny Ive back in 2014

Our goal is to desperately try to make the best products we can. We’re not naive. We trust that if we’re successful and we make good products, that people will like them. And we trust that if people like them, they’ll buy them. Operationally we are effective and we know what we’re doing and so we will make money. It’s a consequence.

… or how about this question …which company has sold more Personal Computers than any other company on the planet ? IBM ? Compaq ? Sony ? Toshiba ? Dell ? No … Apple. But how often do you read that? And don’t even get me started on how Apple continually fails to innovate …

However, since the release of the iPad in 2010, Apple has not released anything that can be described as an industry mover like the iPhone was.

… click through for the fully uninformed piece Timothy Yang, October 2015 it is one of many - and if you are interested in tracking the full idiocy of people that get paid to comment (I don’t - I am just an idiot) - John Gruber at Daring Fireball runs an ongoing check called ‘Claim Chowder’. It is almost a full time job to keep up with his posts there. As for the iPhone - yup - the Monday morning quarterback checks the box and reports on the awesome success of the iPhone - and asks why can’t Apple do that again. But back in 2007 - here’s what the CEO of the dominant Smart Phone manufacturer (Blackberry … remember them ?) was saying  - and if you look at the numbers - tells an even weirder tale. Horace Dediu at Asymco has a handle on iPhone numbers lke no other. Consider this chart It wasn’t until the 5th phone - the 4S - that Apple even achieved over 1 million sales of a new product in the launch weekend. As a gauge, the new SE hit 3.4 million pre-orders in China alone this past week. Which of course is then described as ‘lukewarm’ in the tech press. I always like to refer anyone who talks about market share of other phones when compared to the iPhone to this kind of article, where it mentions that Apple takes 94% of the profit - even though it is only reponsible for 14.5 percent of the market. How long then can makers like Xiaomi keep going with razer thin profits (if not indeed losses). We will have to see - but here’s a Blomberg take on how much they are missing their targets. Meanwhile - you know how ‘they’ are talking about ‘The Apple Car’ - guess what an ex-CEO of GM is thinking about getting into the car business - smells of that Blackberry comment a few years back .. no? Me - I wouldn’t underestimate them. And relying on logic like …

They’d better think carefully if they want to get into the hard-core manufacturing,” he said of Apple. “We take steel, raw steel, and turn it into car. They have no idea what they’re getting into if they get into that.

… I think Apple would agree - and though they might be thinking about getting into the car business - I don’t think they envision it as about taking ‘raw steel - and turning it into a car’. I mean - they outsource the manufacturing of the computers and phones - so why on earth would they start to build cars for heaven’s sake?

Steve was never fired. He took a sabbatical and was still chairman of the board. He was down, no one pushed him, but he was off the Mac, which was his deal – he never forgave me for that. “He started NeXt and was sued by the board for hiring Apple engineers, but he was never fired by Apple.”

Whichever it was, it allowed Steve to go build the necessary skills he lacked as Apple grew. And at the same time bought and built Pixar as well as Next. Next of course wasn’t a huge success - except for things like It being the machine that Tim Berners-Lee used to invent the world wide web and NextStep remains at the core of all those products like computers, phones and pads that you buy from Apple today.

I didn’t see it then, but it turned out that getting fired from Apple was the best thing that could have ever happened to me. The heaviness of being successful was replaced by the lightness of being a beginner again, less sure about everything. It freed me to enter one of the most creative periods of my life.

It wasn’t just bringing Steve back - it was buying into his thinking - they bought Next and NextStep became the software foundation of Apple. Not only that, famously, when Michael Dell was asked what he’d do with Apple if he were in Jobs’ shoes he answered “I’d shut it down and give the money back to the shareholders.” Less famously, a couple of years ago that same gentleman took his company private (I would argue that he was taking his own advice) at a deal valuation of $24 billion. Steve … he didn’t go private. He did deals for the short term keeping his eye on the long term.

Back in 1997, Apple’s market cap was 2.13 Billion, with annual revenues of $7 billion. In rough terms they were essentially valued at slightly over the ‘next quarter’s’ revenue. Apple’s IPO in December 1980 had a $22 share price.

Today each share is valued at a little less $110 (as I type), so will let you do the Math for the most recent update - but it is still a considerable ROI.

Yup - a flop. It was mooted even before they removed Steve who famously had no interest in launching it - and famously closed it down ‘as soon as he came back’. But the fact is - lessons learned - and a demonstration of just how hard this stuff is. Because it is not just about the right product, the right time, the market readiness, the price etc etc etc - but we - the customers have to be ready for it. When it came to the Newton - we weren’t. But hand writing recognition, tablet form factor lead to an iPad design - which was being worked on until the iPhone came along and pushed out the launch of the iPad by a few years. That said - if the Newton wasn’t the iPad incorrectly envisioned twenty years before it came available - I don’t know what is? Well - there you go. Five ways that Apple and Steve have ‘hoodwinked’ us over the years. I know there are many more - but if you are eating attention - it’s easy to see which cup the ball is under. Do you have any more thoughts ?

sign up for our newsletter
subscribe to our podcast
and follow our blog
Explore More
Previous The Lighter Side Of Gun Control Someone reminded me of this one today .. </center
Next 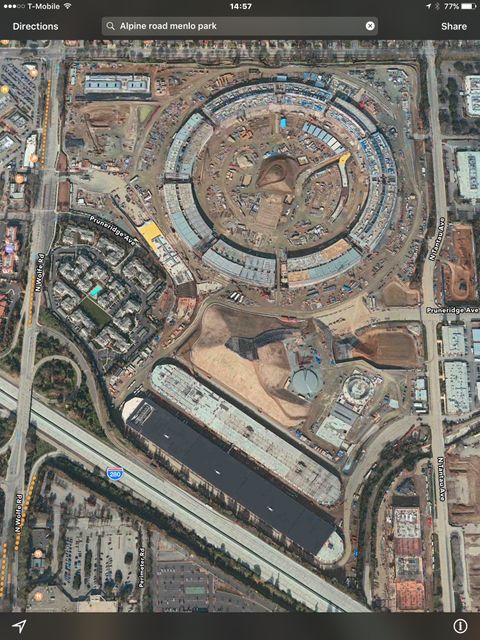 An Observation And A Crazy Thought