imagesSangeet continues the drum beat of ‘Platformed’. I reference and ‘borrow’ his thinking a lot - but don’t always post here. This time I make an exception, because it clearly explains what I have been trying to get people to understand for the last two years. Bottom line, he examines the roadmap to success for Social companies in the consumer space. In passing flagging why Friendster and MySpace stalled. Then moving into the world that I remain get fixated on .. The Social Enterprise. (no - that isn’t allowing people access to Facebook in  the workplace).

Sangeet calls out the 5 stages of Social Adoption, which for simplicity I repeat here - but you can also get the full story - with context here.

A few moons ago (pre dot com bust), I was a founding team member of a start up that delivered what we called ‘Across The Firewall Collaboration’. The idea was to allow teams inside a corporation to collaborate with each other … and with their peers in other companies. Think for example, how a ‘Major Account’ team in (say) Compaq might want to collaborate amongst themselves - and then start engaging with their customer (say Bank of America). We offered a raft of functionality that included task management, calendaring, email, messaging, document sharing, web conferencing all within a single branded workspace that could be generated by a user with the privileges in seconds …. and so much more … halcyon days :-)

What I find interesting is that 15 years later companies are still delivering that kind of solution - but as far as I can tell, have still not really got to stage 3, at least not in a way that the data is being used. ‘Why not’ will need some deeper exploration at a different time.

Back to Sanjeet and his five stages ….

SAAS products that allow companies to interact with each other, will be at a disadvantage if they ignore steps 3 to 5 in the playbook above. The ones that realize the importance of moving down this path will have a greater shot at owning and retaining customers across an entire industry vertical.

The ones that get to step 4 will be the ones that will dominate an entire industry to the extent that they could even enjoy a winner-takes-all advantage.

Here’s the point. Stage 4 in the ‘Social Graph for the Enterprise’ is the category killer for what Sangeet calls the ‘Commercial Graph’. I agree. THAT is the world of the future. “Build out a graph at the backend using this data to identify affinity between two users”

Do that - and the world will be ready for the tie back to VRMs - another emerging topic that I think will become critical to the thinking of customer centric applications of the future. Of course in my world I am always thinking of my customer’s customer, because my customer’s customer is their own system of record - and are now in charge. That is why the brands need to do everything possible to understand that person, whoever they are, wherever they are, whatever they are doing - right at that moment … so they can engage in a meaningful way. That can’t just happen through the ‘Social Graph’. And it won’t just happen through the ‘Commercial Graph’.

It happens by engaging with people through their (yet to be delivered) VRMs. (Side note … VRM already has its own day. I’m in !) 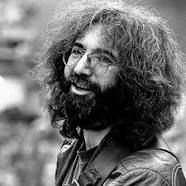 Hitler Was A Fan Of The Dead? Who Knew!
Next This Makes Me Happy